Donovan Hardy '17 on the Road to STEM Career 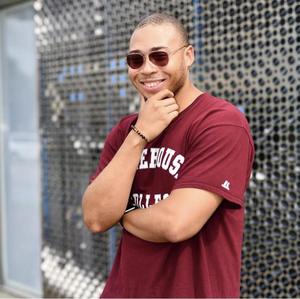 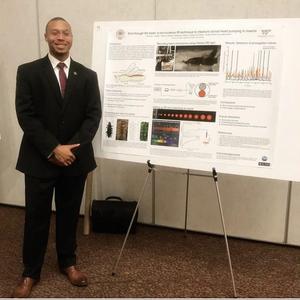 A neighbor, Mary Ann Jackson first introduced Donovan Hardy CTK ’17 to Morehouse College, an all-male HBCU in Atlanta while he was in high school. He then learned about prominent alumni like civil rights leaders Julian Bond and Martin Luther King Jr., and entertainment icons, Spike Lee and Samuel L. Jackson. Watching a video of the Morehouse graduation and seeing hundreds of proud black men walk across the graduation stage got him excited about the potential of doing so himself. But it was experiencing the Atlanta University Center Consortium campus – Morehouse, Morehouse Medical School, Spelman College (all female), and Clark Atlanta University – on a visit that convinced him that he wanted to be part of what he called “the epicenter of black excellence.”

Moving away from home and being among so many intelligent, high achieving students initially put him out of his comfort zone and triggered some feelings of inadequacy. In time, the environment motivated him to step up his game. He also realized that the Morehouse community was one of support and solidarity, rather than competition.  He discovered that, “they all wanted to be successful together.” Donovan found success within the National Society of Black Engineers building friendships and taking on leadership positions at the chapter and regional levels. Donovan has embraced the Morehouse principle of “Coming Alive”, saying, “It doesn’t matter what you decide to do, but only that you put all of your energy and life into it.”

Donovan’s educational roadmap has evolved during his time at Morehouse.  He came in as a dual degree major in applied physics and engineering and later changed his major to chemistry. He thinks focusing on chemistry will better allow him to pursue his post-graduate interests. Shifting his major has also allowed him to build stronger bonds within the tight knit, smaller chemistry department. He believes the world needs more black scientists, and that black contributions in tech spaces are underrepresented. Both of his parents work in STEM roles, his father as an engineer and mother as an applications developer. For his career, he is considering a material science path working for a company that manufactures the plastics, polymers or metals that are part of the things we use in our everyday lives.  A second interest area is health care science, potentially working for a bio medical company. He is currently interviewing for positions that would start after he graduates in December. He is also considering continuing his education in graduate school.

Donovan looks back fondly on his CTK experience as a time of personal growth and camaraderie with his classmates. He was involved in a variety of activities including band, student council, peer ministry, flag football, and service. He also took part in the Ignatian Family Teach-In for Justice in Washington DC his senior year which he described as, “a great experience that gave me the opportunity to meet an awesome group of diverse people and grow closer to my classmates.” He cited several teachers who challenged and brought out the best in him, including Mr. Bajner, Mr. Laughlin, and Mr. Zundel.  He also acknowledged that he was thankful for the instruction and support of chemistry teacher Ms. Fultz. While he had no thoughts of pursuing chemistry as a major and as a career while at CTK, he was excited about coming back as a chemistry graduate to reconnect with Ms. Fultz and see the currently under construction, Innovation Lab and Makerspace.

An area he felt he was better prepared than his Morehouse classmates coming out of high school was in his professional development. He greatly values his Corporate Work Study Program (CWSP) experience working for four companies from different industries: Applegate, Thorne, Thomsen, the McCormick Foundation, Matter, and the Federal Reserve Bank of Chicago.   “I wouldn’t trade the work experience I had for the world. I took something away from each experience, learning from smart people, and gaining both technical and communication skills to be able to navigate the professional world.”

It hasn’t always been an easy path through Morehouse for Donovan.  COVID forced him to return to Chicago in the Spring of 2020, and to shift to online classes and away from the support and interaction with the Morehouse community. During his time away he has kept in mind the Morehouse principle of “You Have to Keep Going”. He returned to campus this Fall and recently took his first in-person exam in 18 months. While he will finish his classes in December, he vows to return to walk in the main Morehouse graduation on the 3rd Sunday in May.

As a Morehouse graduate and scientist, he wants to be an inspiration for other young black boys and girls. His message to current CTK students: “You can do anything if you work hard. Be willing to step outside your comfort zone. Ask questions and for help when you need it. It’s okay to fail and learn from it. It doesn’t matter what others think of you, but make sure you are okay with the decisions and choices you make.”