The profile is based on the first published by the Jesuit Secondary Association in 1981. The Grad at Grad, as the article has come to be known, has been a critical articulation of the high ideals of Jesuit high schools in the United States. The characteristics described in the Grad at Grad are the fruition of the school’s work with its students. Everything the school does should be aimed toward helping students come closer to embodying these ideals:

The graduate of Christ the King Jesuit College Prep views learning as a life-long pursuit, inside and outside the classroom. The graduate always strives for success but is also aware that failure is an important part of learning and maturity. The graduate fosters a deep appreciation for one’s self and one’s background. Moreover, the graduate sees this self-awareness as the basis for any further growth, to have constant respect and openness to other people’s cultures, religions, experiences and socio-economic backgrounds. The Christ the King graduate has matured as a person- emotionally, intellectually, physically, socially, and religiously.

The Christ the King graduate has a firm foundation in the liberal arts and sciences, as well as a mastery of thinking, reasoning and cognitive skills and habits.The graduate is able to express himself or herself effectively and will have developed many intellectual skills and understandings that cut across and go beyond academic requirements for college entrance. The graduate sees the need for intellectual integrity in his or her personal quest for religious truth and in his or her response to issues of social justice. The graduate values his intelligence and knows its ultimate use is in the search for truth in the service of others. The graduate has developed the confidence to think independently and the courage to speak confidently.

The graduate of Christ the King believes that he or she is truly loved by God. He or she has a healthy love of self, rooted in deep self-respect and confidence in his or her own gifts and talents. The graduate is generous with his or her time and talents and strives to share these gifts with others. The graduate knows that respect, trust, and fidelity are the basis of any loving relationship, and that love for God or for a person requires us to give without asking anything in return. The graduate is able to move beyond self-interest or self-centeredness in relationships with significant others. The graduate shares with others a God-given, common humanity, which leads him or her to celebrate similarities, to cherish differences, to respect others, to act with compassion and mercy, to direct his time and energy to helping others grow, and to care for God’s world and its creatures.

The Christ the King graduate is keenly aware of injustice and prejudice and gives of himself or herself in service to others. The graduate works for and with the impoverished, the unfairly treated, and those who are without representation, both locally and globally. As a leader and role model, he or she is willing to speak out, especially in matters of justice. The graduate understands that justice is necessary for equality, respect, and love. The student’s Christian faith, communal responsibility, and Ignatian values call him or her to lead in service to others, knowing that being a man or woman for others is Christ-like and answers St. Ignatius’ call to do all things ad majorem dei gloriam, i.e., for the greater glory of God. 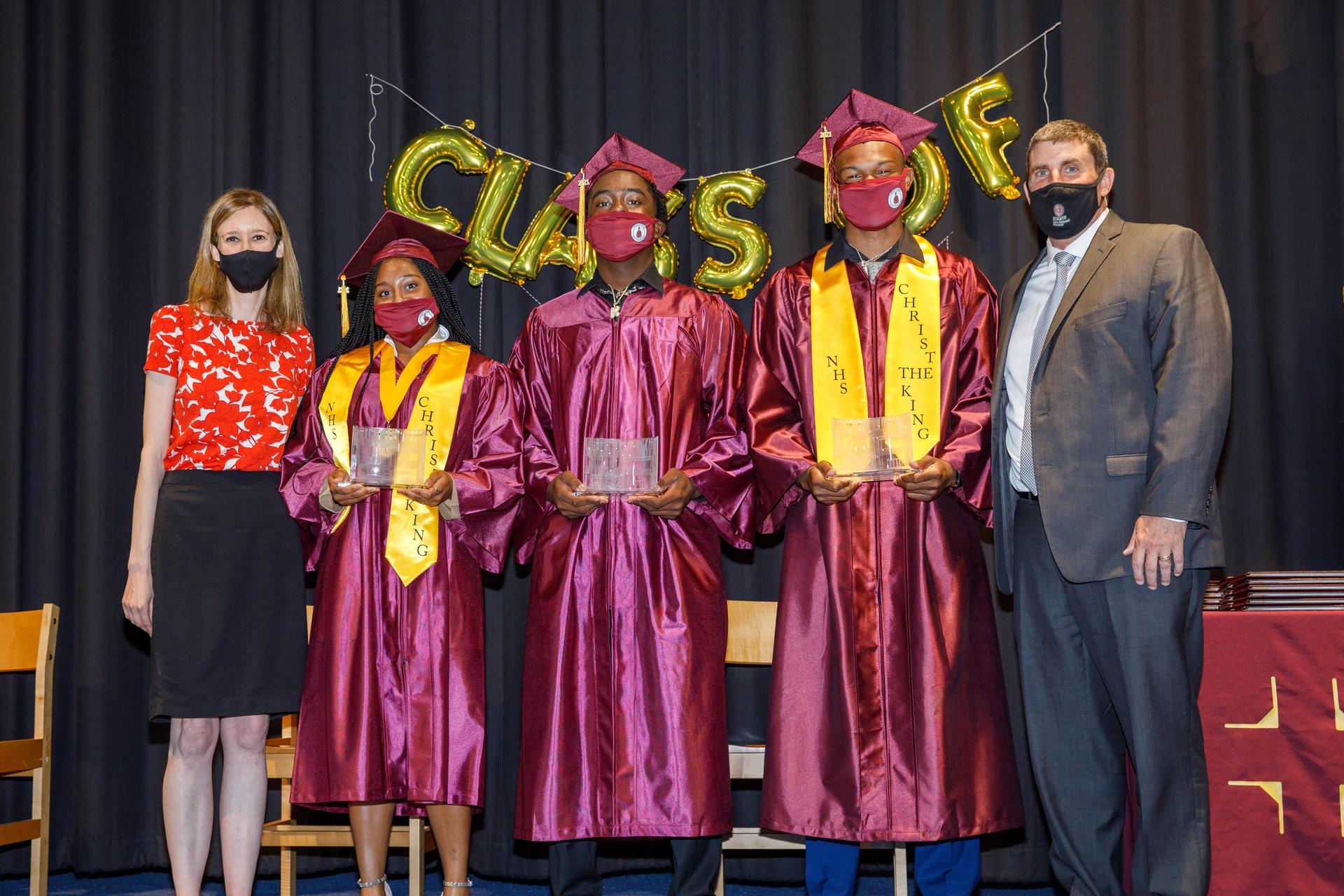