About Us » Our Mission & Vision 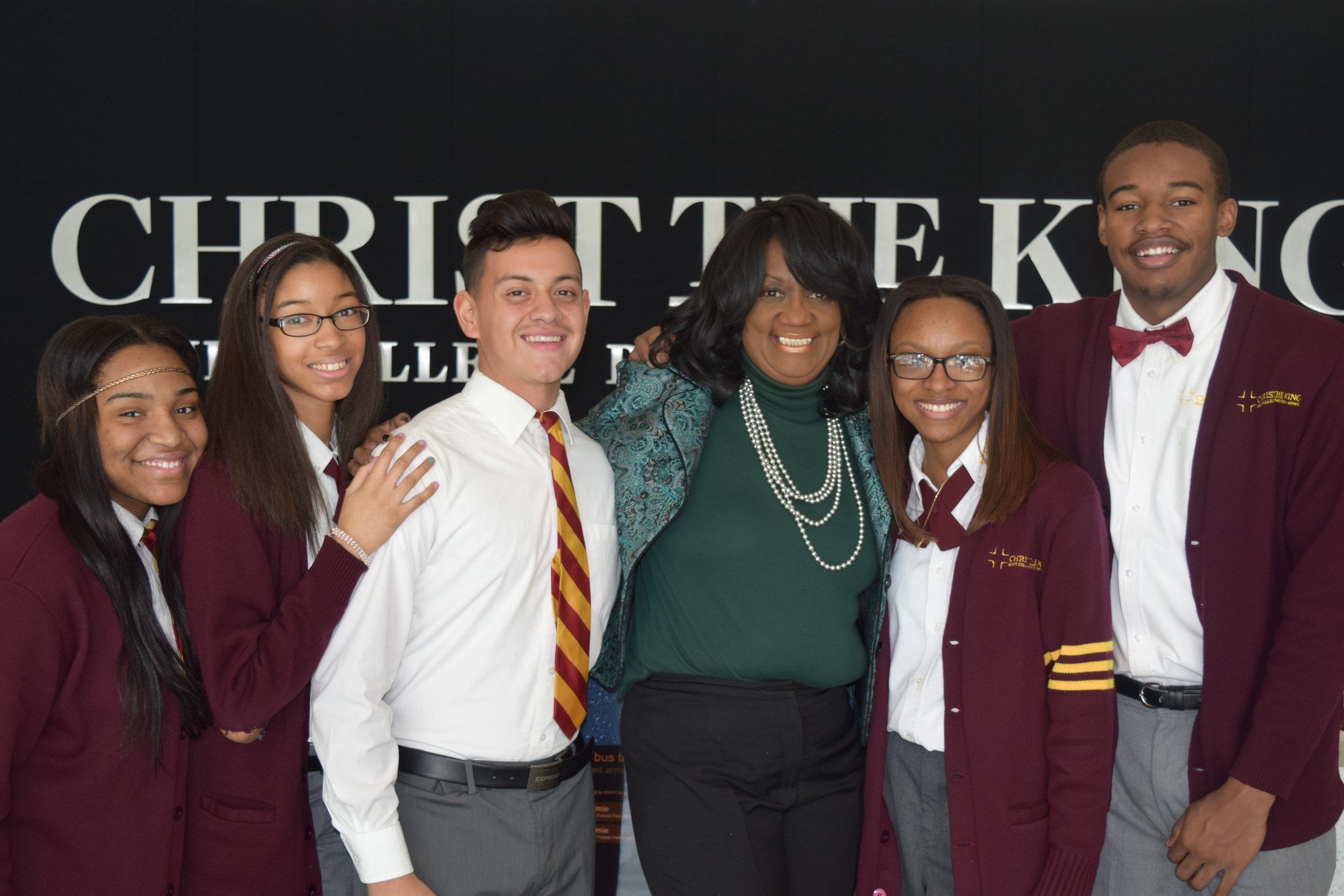 Christ the King Jesuit College Prep,
a Catholic school on Chicago’s West Side and a member of the Cristo Rey Network,
challenges and inspires its young women and men
through the integration of academics, work experience, and extracurricular activities
to lead lives of integrity, faith, and servant leadership
for the greater glory of God.

Christ the King Jesuit College Preparatory School is a Catholic Jesuit secondary school (grades 9-12) using the Cristo Rey model to serve young men and women from the Austin neighborhood and surrounding communities of Chicago’s West Side. Christ the King opened in August 2008 with 120 freshmen. Small, safe and faith-based, Christ the King expands on a tradition of successful education with a new urban idea:

A tradition of successful education: Christ the King is rooted in the centuries-old Jesuit tradition of academic excellence and leadership development. Jesuit schools worldwide invite students to grow in their commitment to faith, service and social justice so they can become “men and women for others.” Other Jesuit high schools in the Chicago area include: St. Ignatius College Preparatory School, Loyola Academy and Cristo Rey Jesuit High School. Loyola, Gonzaga and Georgetown Universities are examples of Jesuit schools of higher education. The Jesuits have 50 high schools in the U.S. and 28 colleges and universities, for more information, visit www.jsea.org

A new urban idea: Christ the King is now bringing Jesuit education to the West Side of Chicago. Through the Cristo Rey Model, Christ the King makes possible the dream of a quality and affordable education for students whose families could not otherwise pay the tuition charged by private schools. Students earn three-quarters of their tuition costs while gaining valuable, life-changing skills and experience through jobs at Chicago area companies. The Cristo Rey Model is based on an innovative partnership between urban education and the business community that started in Chicago in 1996. Since then, the movement has grown to 32 schools across 21 states nationwide. 97.8% of all graduates attend a college or university. Christ the King was the 20th Cristo Rey model school to open in the U.S., for more information, visit www.cristoreynetwork.org