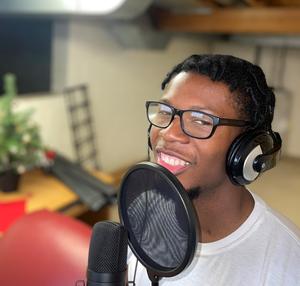 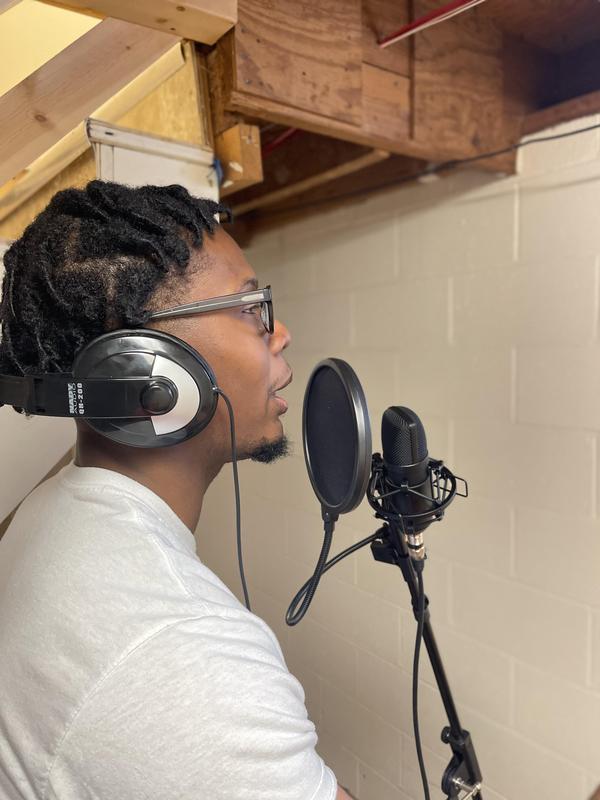 Taylor Reeves CTK ’18 took a chance by leaving his Chicago home to attend a small Christian, liberal arts college in Holland, Michigan. His college decision was driven by a desire for personal growth and to broaden his horizons. Now four years later, his journey has led to a BA degree in Business with a concentration in Marketing, as a proud member of the Hope College Class of 2022. The new college graduate will return to Chicago in June to begin an internship at a recording studio.

Attending a predominately white college in a small community, often being the only student of color in his classes, was challenging at times. Taylor went out of his way to express his point of view on social issues in a way that his classmates could understand. Sharing his unique perspective was valued by some other students, and important to him. Smaller classes also allowed him to establish relationships with his professors. Outside the classroom, one of his favorite experiences was participating in one of the nation’s oldest standing college traditions called “The Hope College Pull.” Competing in this 3-hour long tug of war contest helped him to bond with twenty of his classmates and made him feel like he was part of something bigger.

Taylor credits CTK with helping to prepare him academically for college. He also valued his experiences in band, poetry, and spoken word while at CTK. These activities, and the encouragement of then teacher Mr. Griffin Muckley, helped him to discover his creative voice and fueled his passion for writing and rap music. Looking back, he also recognizes the value of his CWSP experience at New Mount Pilgrim church, Marillac St. Vincent, and Relativity. His work assignments enabled him to learn important professional skills including how to act in an office setting and interact with adults.

He regrets now not being fully open to growth while at CTK, and even during his first few years at Hope. Entering his final year at Hope, he decided to take more chances, and has become involved in several campus activities/organizations including the Black Student Union, and participated in a Spring immersion trip to Baltimore & DC. He also set up his own recording studio in his school apartment. His newfound commitment to taking chances emboldened him to share his creativity in a spoken word performance at a recent BSU dinner. Speaking to CTK’s current seniors, he advises: “College is what you make it. Make friends to establish a support network. Get to know your professors, and make a good impression on them. Manage your time wisely, but look for opportunities to get involved in new experiences.”

After graduating, Taylor has lined up an internship at the LSD recording studio in downtown Chicago. His goal is to gain experience and connections in the recording and production side of the music business. He is also looking forward to returning to Chicago, but feels he is coming back a wiser and stronger person. “Hope’s not perfect, but I wouldn’t change anything about my college experience. My being here needed to happen for my growth. Working through challenges and being exposed to new experiences helped shape my growth. I want to make sure I continue to grow in my return to Chicago.”

Congratulations and best of luck on your return to Chicago, and start to your music career.